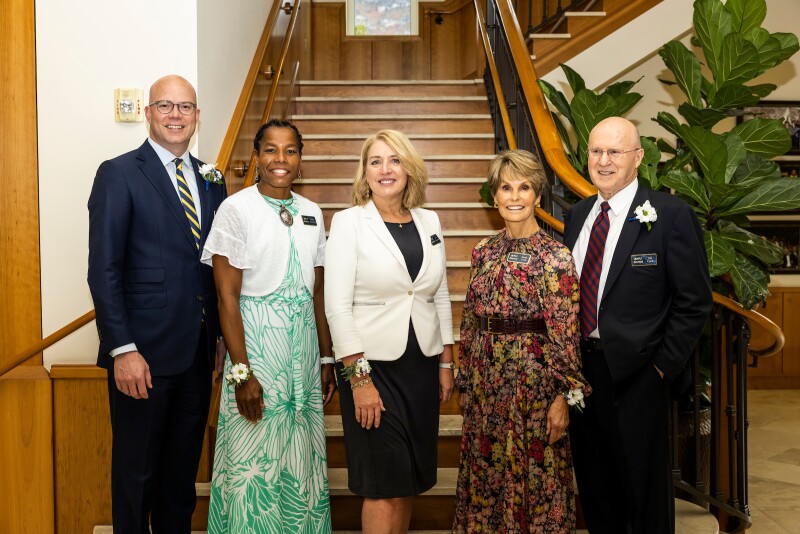 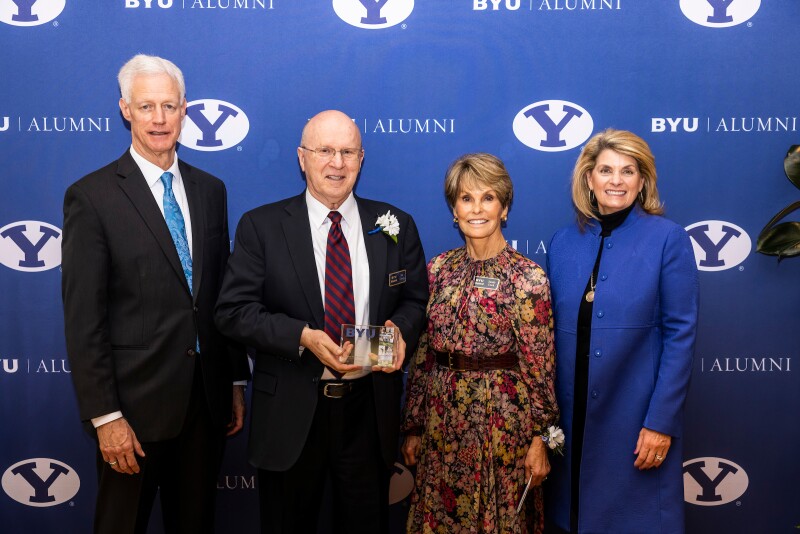 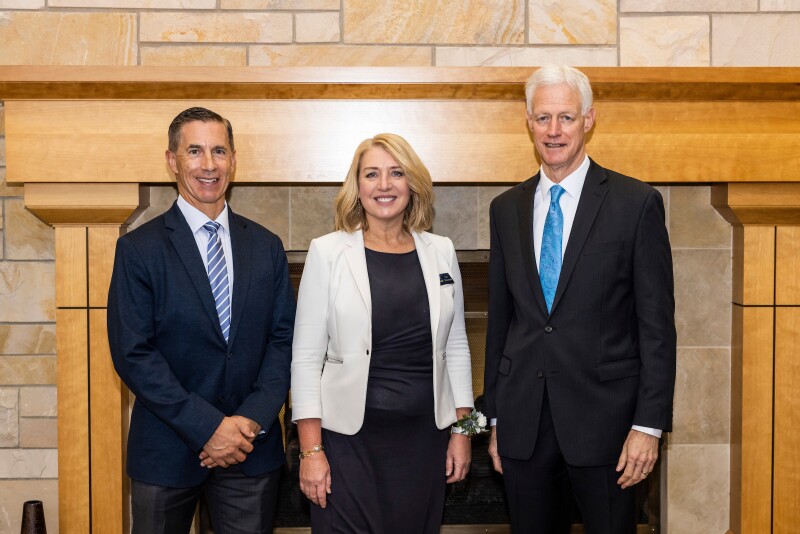 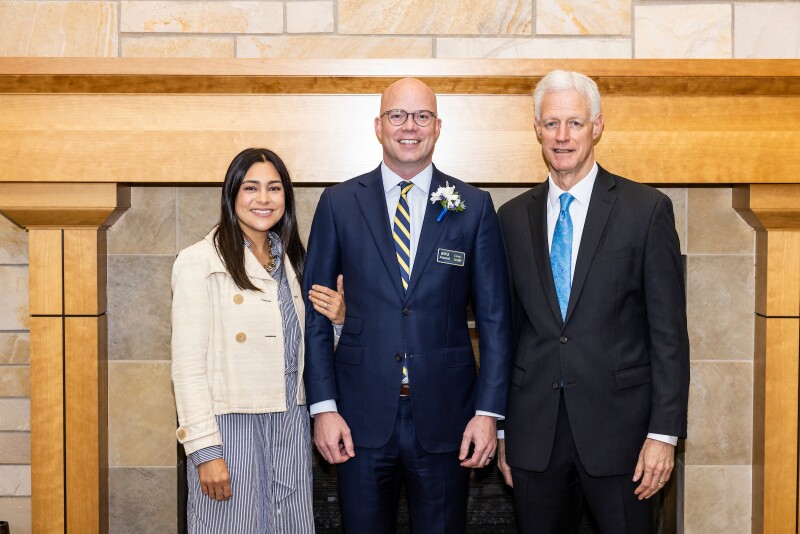 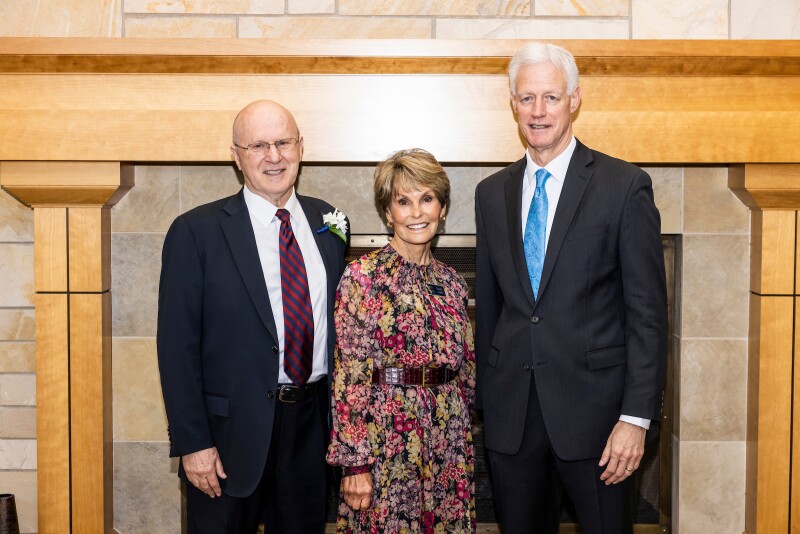 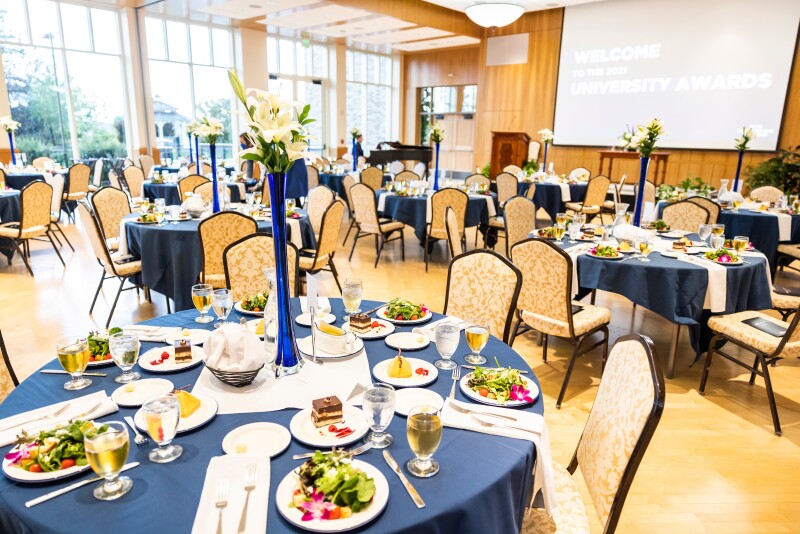 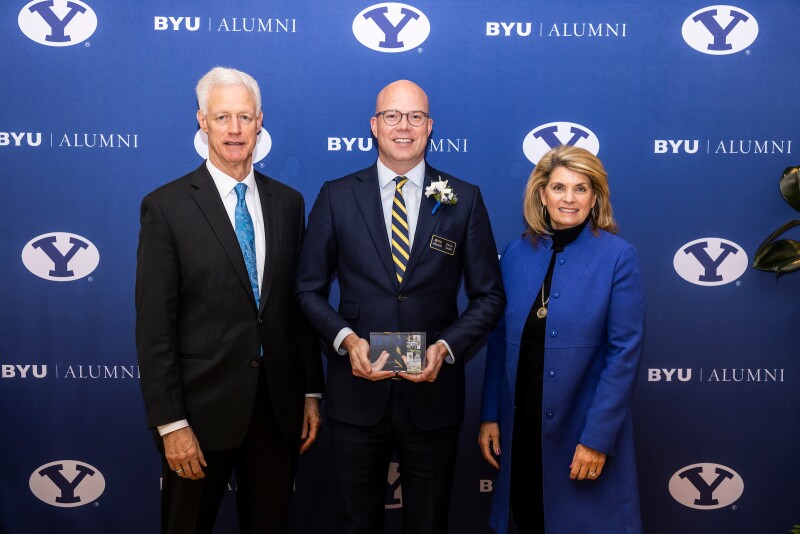 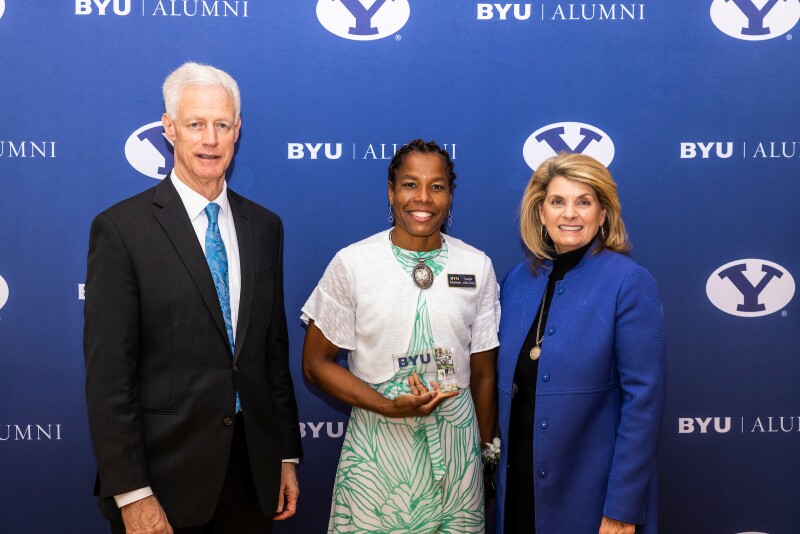 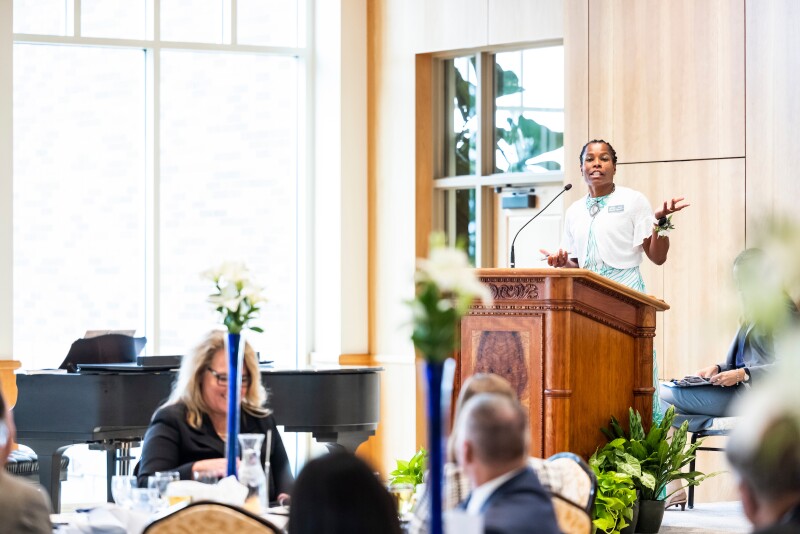 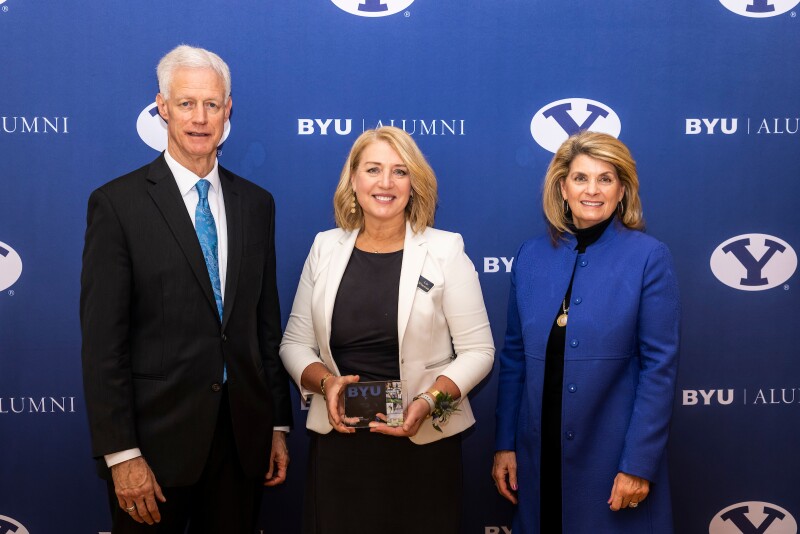 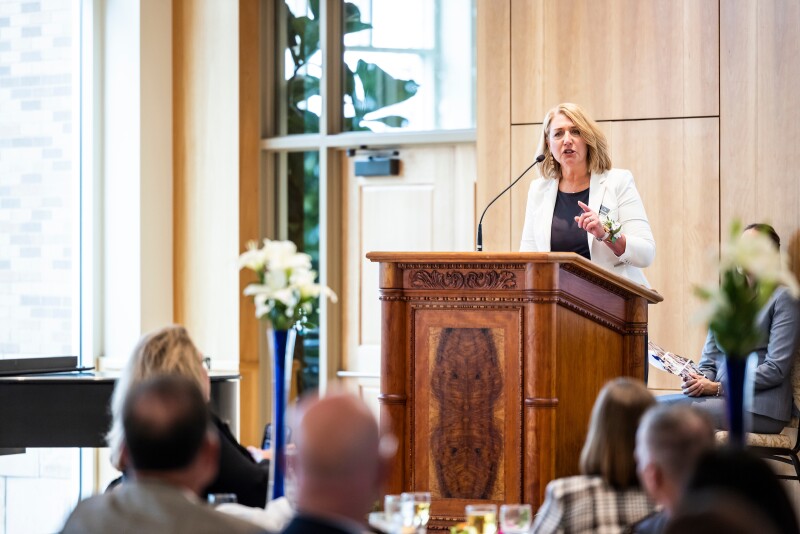 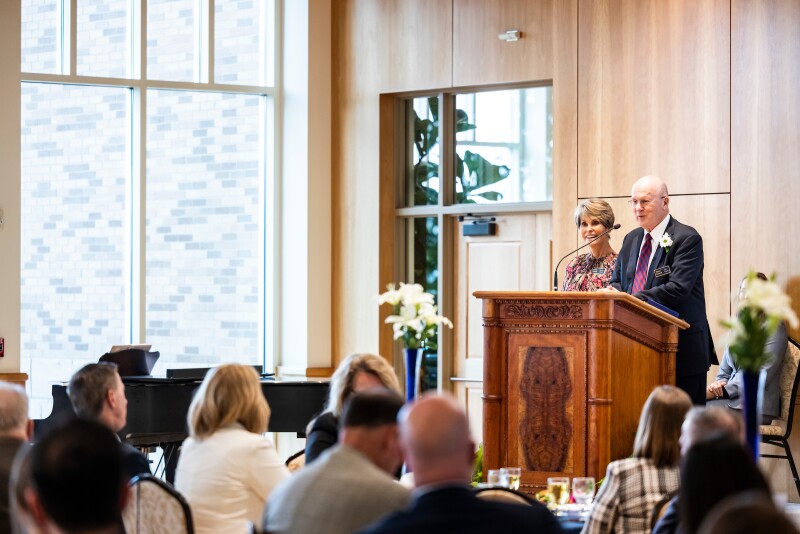 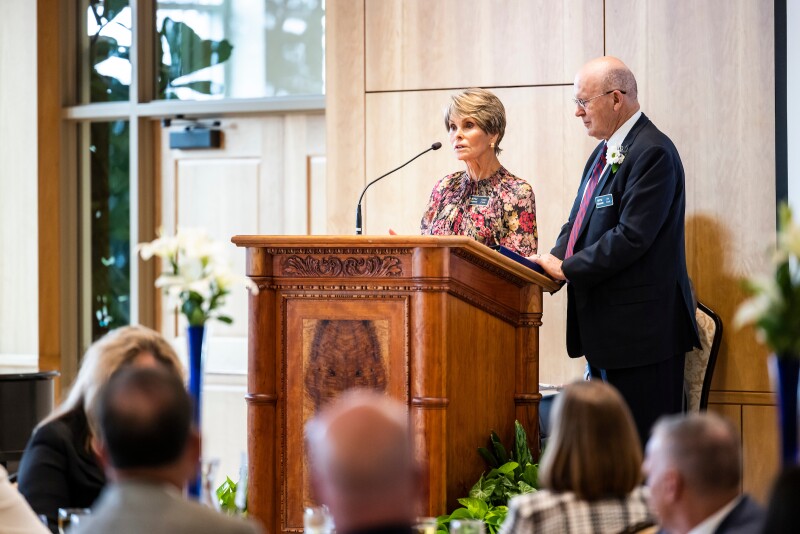 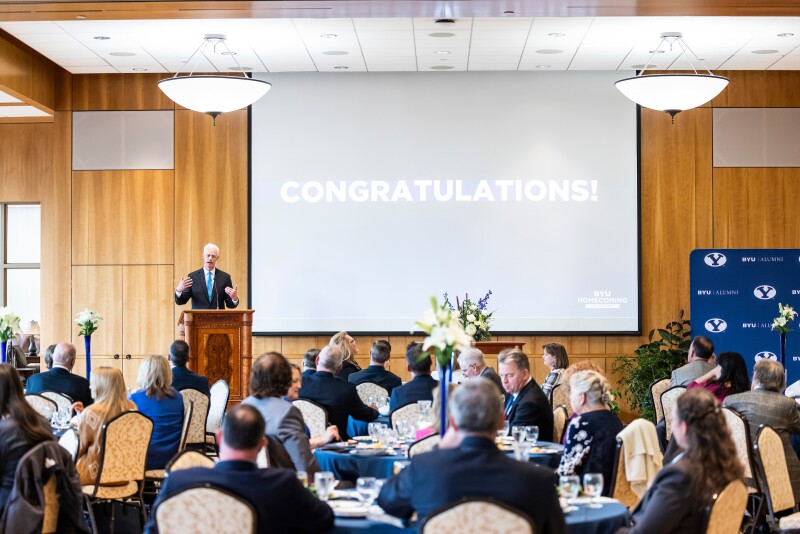 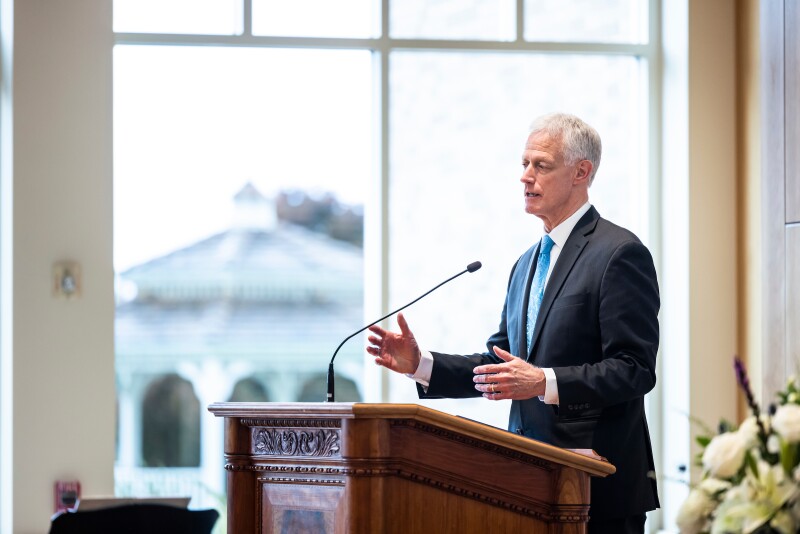 The BYU Alumni Association honors individuals or couples who have given outstanding service in a variety of ways. See past honorees.

Davis Smith (BA ’03) is the founder and CEO of Cotopaxi, an outdoor gear brand with a humanitarian mission at its core. Much of his work focuses on Utah’s refugee community— employing teens and teaching life skills such as budgeting, creating a resume, and even coding. Beyond a BA from BYU in International Studies and an MBA from the Wharton School, Smith also has a graduate degree in International Studies from the University of Pennsylvania. He is a member of the United Nations Foundation's Global Leadership Council and a Presidential Leadership Scholar. Recently, he was named Ernst and Young Entrepreneur of the Year and the Silicon Valley Community Foundations CEO of the Year. A lover of cultures and adventure, Smith has floated the Amazon on a self-made raft, kayaked from Cuba to Florida, and explored North Korea. He lives in Salt Lake City with his wife, Asialene, and their four children.

Javelin-thrower, jam-maker, Olympian, and mom are just a few words that describe Marsha Mark-Baird (BS ’97, MSW ’99). Originally from Trinidad and Tobago, Mark-Baird discovered a passion for running in elementary school. Upon entering then–Ricks College, her coach recruited her to compete in the heptathlon, a track and field event consisting of seven separate events. Although she had never heard of it, Mark-Baird began training (while earning a master’s degree) and eventually competed in the 2000 and 2004 Olympic games, representing Trinidad and Tobago. Despite retiring after the 2004 Olympic games, she began training again and in 2016 won three gold medals and one silver at the World Masters Track and Field Championships in Perth, Australia. Mark-Baird has been a social worker for over 20 years and currently works for the Provo School District. She and her husband, Greg, reside in Provo and have three sons.

Liz Wiseman (BS ’86, MOB ’88) is a researcher and executive advisor who teaches leadership to executives around the world. Her books—including Multipliers, The Multiplier Effect, and Rookie Smarts—are among the New York Times and Wall Street Journal bestsellers. Wiseman, who consistently lists on the Thinkers50 ranking, is the CEO of the Wiseman Group, a leadership research and development firm headquartered in Silicon Valley. With significant research in the field of leadership and talent development, she writes for Harvard Business Review, Fortune, and a variety of other business and leadership journals. Wiseman graduated from BYU with a BS in Finance and a master’s in Organizational Behavior. She enjoys frequently returning to BYU as a guest lecturer. Although in a competitive corporate world, Wiseman says she has earned respect by being vocal about her priorities to her faith and family. She and her husband, Larry, have been married for 34 years and are parents to four children.

Though neither Jim nor Sandy Cook attended BYU, the couple currently serves as co-chairs of the Knight Society, an organization that recognizes the generosity of university donors, and are members of the BYU President’s Leadership Council. They married in 2005 after each having endured the death of a spouse, and together have 10 children and 24 grandchildren. Jim and Sandy joined The Church of Jesus Christ of Latter-day Saints as young adults and see successes as blessings from God. Discovering the faith-strengthening power of giving, they recruit as many members as possible to the Knight Society, focusing on supporting BYU and its students. In addition, the Cooks have provided support for BYU Broadcasting, Athletics, and the International Center for Law and Religion Studies. “The students here are amazing,” Sandy says. “They do things that really change people’s lives. We love BYU and are thrilled to help where we can.”